Shawn is a sports enhancement specialist and operates as a Physical Preparation Coach to various athletes and teams in the surrounding Pittsburgh area. His specialties are focused in athletic speed development and resistance training utilizing various mediums for sport strength. Shawn has almost 30 years of “under the bar” training and sports experience that he values greatly. This hands-on experience makes him a constant student in the strength and conditioning field.

Shawn is a graduate of Waynesburg College where he was an all-conference defensive back. He attended CFL/NFL tryouts for Scout Camp in 1994.

He is Senior Level Certified Coach under world renown Strength & Conditioning Coach John Davies of Renegade Training, and is a certified Speed / Agility and Quickness Trainer through the National Exercise and Sports Training Association. Shawn is a Certified Kettlebell Specialist and the only DMC Certified Practioner in Western Pennsylvania.

Shawn was a three-sport athlete growing up and has competed as a powerlifter in the Pittsburgh’s tri-state area. He continues his athletic lifestyle through his participation in Submission Grappling / BJJ.

Rick Daman grew up in Rochester, Pa. About 40 minutes north of the city of Pittsburgh.

He played three sports throughout school but football taught him so much about life, how to overcome adversity and most importantly how to be a TEAM person!

10 years of preparation lead Rick and his teammates to a W.P.I.A.L. and P.I.A.A. Championship!

Owning a gym has been a life long goal of his since he was 12 years old.

The first location was located in Monaca, Pa from November 2009 until June 2015! Peter is an accomplished retired student-athlete.

He began his training as an athlete under Coach Shawn at the age of 13, and has never veered from the GameSpeed and DST training.

While in high school at North Allegheny, he excelled as both a varsity football and track and field athlete.

In football, he played primarily offensive center and defensive tackle, while throwing shot and discuss for the track team.

Peter was an integral part of the football team’s 2010 and 2011 WPIAL AAAA titles, while also winning the PIAA state title in his junior season (2010) and serving as team captain in his senior season (2011).

Peter walked onto the University of Delaware’s football team to become a Fightin’ Blue Hen, eventually earning significant playing time and a scholarship in his senior year.

He graduated from the University of Delaware, earning his BS in Exercise Science while also minoring in Psychology. And Pete begins graduate school at the end of August, working towards a Master’s in Occupational Therapy at Chatham University.

Back again with one of my riveting PSAs… probabl

Another PSA for all of those high school football

A REFLECTION OF AN OLD OBSERVATION > I feel like I

Welcome to Gamespeed, performance training
for serious athletes. I want to help YOU become a BETTER YOU!

No two sports are exactly alike, but all share commonalities within movement patterns. Regardless
of the sport; sprinting, jumping, throwing and change of direction are fundamentally very similar.
Essentially, they are primal functions of human movement.

I do not coach or instruct the sport itself; I recognize this is the job of the expert coaching staff.
My job is to implement a training program that will improve structural movements, motor learning
and grafting. The result of these training programs will transfer to excelled sport performance on
the field. The athletes will move with more efficiency due to increased motor control, stability,
mobility, and power. Last, by eliminating movement deficiencies, risk of injury will be greatly reduced.

~ I first wrote this blog post in 2013 for one of my older blogs, but felt it was worth the repost and share.

Over the years I have received emails and/or messages from younger coaches asking for suggestions on the best “route” to take on becoming a top-notch performance coach. And I will say that a majority o...

Starting NOW! (Ok whenever it fits your start date!) GAMESPEED is launching a youth speed and agility program that places greater emphasis on natural "play"! We are big believers in natural movement and integration of various drills into game-orient...

Over the years ( and I've been training individuals and teams for nearly 20 years, so I'm not a newbie ), whether via an interweb blog post or verbal discussion with parents, I have emphasized the need for a holistic and simplistic approach to performance development. Do your... 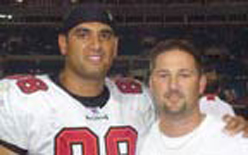 "Having played college football with Shawn and seeing the intensity he brought not only on the football field but also in his training I felt highly confident in his GameSpeed! Shawn's training programs I have used on players I have coached at both the college and high school level have been informative, challenging and rewarding for our athletes and our team." 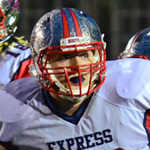 "GameSpeed is one of the most elite sports performance programs in the Pittsburgh area. Shawn's knowledge and experience in the business help provide the absolute best in sports performance programming. The training is intense and specialized for each individual athlete. With such specificity GameSpeed ensures that you will see an overall improvement at your sport. For any athletes looking to improve their game at all levels from youth, high school, college, etc; give Shawn a call today!" 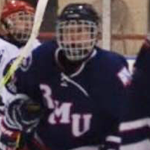 "When I began to play hockey in college, I knew that I would need a competitive edge to help keep me above the skill level of the opposing offensive talent. Thanks to GameSpeed, my footwork was drastically increased allowing me to not only beat anyone to the puck, but also helped me surpass my opponents in the close quarter agility parts of the game as well. I would recommend GameSpeed to anyone that is interested in increasing their competitive advantage in any sport. The coaches train you to be the best you can be in all aspects of the game, and for me, it truly showed on the ice." 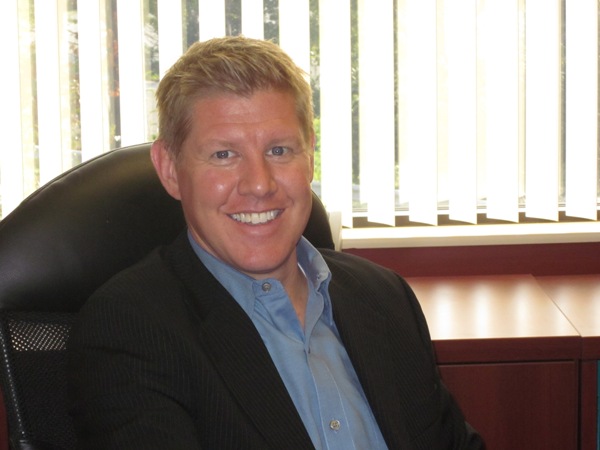 My name is Doctor Shawn Richey and I have been a Chiropractor for 10 plus years working with all ages and conditions. One of my specialties is sports injury prevention and rehab. My extensive education provided me with the tools to understand biomechanics and proper training. With that said, I have crossed the paths of 100’s of trainers in my life but have yet to meet an individual who supersedes Shawn Moody. I have known him for over 10 years and to date consider him the most knowledgeable and effective sports trainer in the industry. He not only knows his trade but he lives it. He is a specimen of what he teaches. He’s always trying to gain more insight to better improve his knowledge and ability to attain better results for his clients. Shawn is the elite when it comes to a performance coach! He can make a difference in any athlete’s life forever. 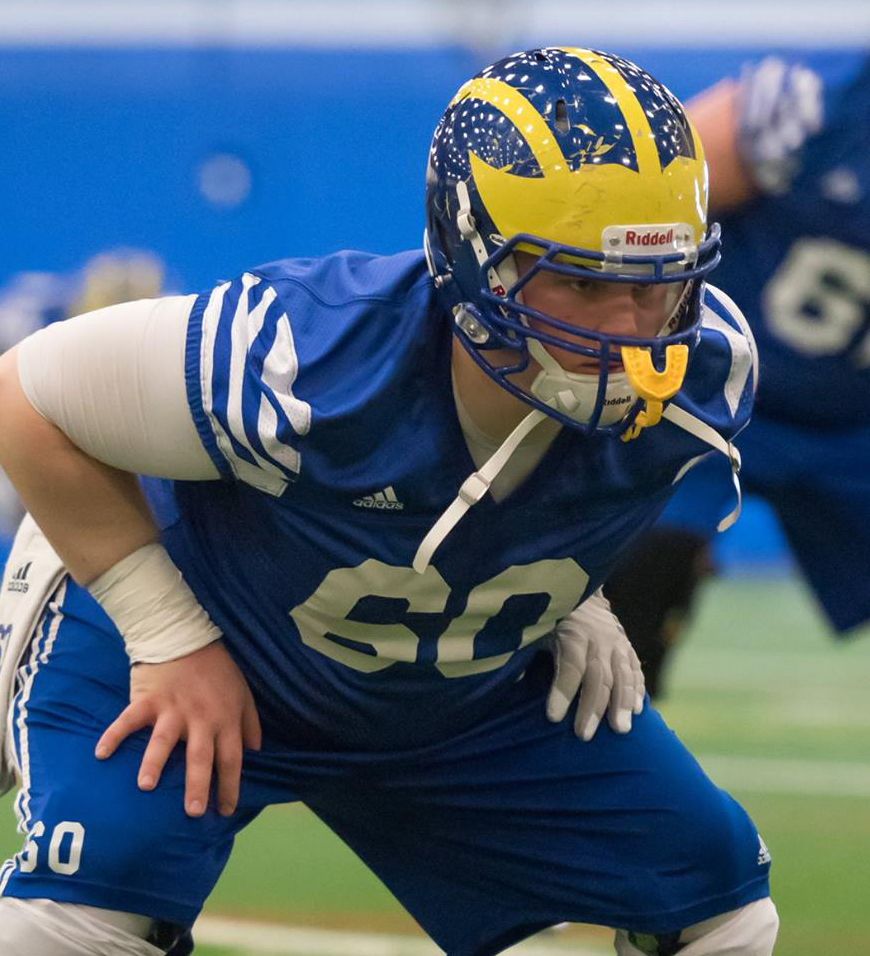 I had the honor and privilege to learn and train under Shawn’s guidance for nearly ten years, first as a two-sport athlete in high school and then as a Division 1 offensive lineman in college. I was never the biggest, strongest, fastest, or most athletic guy on the field, but I went into every competitive situation knowing, with full confidence, that I had worked harder and trained smarter than anyone else I was up against. I had trained not just muscles, but movement patterns, correctly and efficiently, so I was better prepared than anyone else on the field. This enabled me to reach high levels of success throughout my career: 2-time 1st Team All-Conference Center, 2-Time WPIAL Champion, PIAA State Champion, and walk-on turned scholarship Division 1 offensive lineman, despite a devastating knee injury at the end of my high school days that easily could have been career-ending. Shawn has also become a dear friend of mine, one whose advice carries a great deal of weight with me. He truly cares about the human being he trains, as well as the athlete. To any athlete or parent looking to gain the competitive edge, while preserving health and longevity and growing as a well-rounded individual, I implore you to seek Shawn Moody of Gamespeed as your coach and mentor. 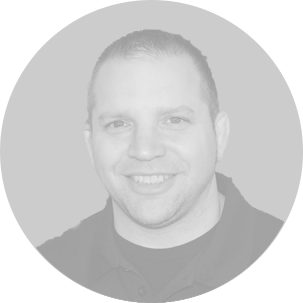 Shawn is a sports enhancement specialist and operates as a Physical Preparation Coach to various athletes and teams in the surrounding Pittsburgh area. His specialties are focused in athletic speed development and resistance training utilizing various mediums for sport strength. 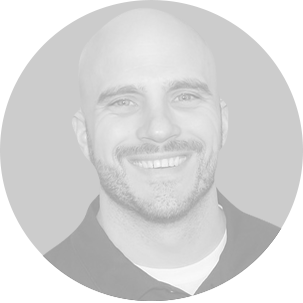 Rick Daman grew up in Rochester, Pa. About 40 minutes north of the city of Pittsburgh. He played three sports throughout school but football taught him so much about life, how to overcome adversity and most importantly how to be a TEAM person! 10 years of preparation lead Rick and his teammates to a W.P.I.A.L. and P.I.A.A. Championship!